Getting Caught in the "Teeth of the Dog"

Our contributing writer and fitness instructor, Africa Alarcón, travelled to Casa de Campo in the Dominican Republic for the 2019 Latin America Amateur Championship. This is her look back at the prestigious event.

Players on the Practice Green

During the second full week in January 2019, I had the privilege to accompany the best amateur players in Latin America during the LAAC ( Latin America Amateur Championship ). This tournament is one of the most anticipated events of the year in South American golf as the winner earns a place in the prestigious Masters tournament hosted at Augusta National.

The winner, Alvaro Ortiz of Mexico, won the event, while earning entry into the 2019 Masters (where he finished T-36) and the US Open, hosted at Pebble Beach (finishing T-52). While eligible to have played in the 148th Open Championship held at Royal Portrush, Ortiz did not play.

The LAAC, represents a golden opportunity for a young man, becoming a potential gateway to fame and fortune, as was the case in 2018 with Chilean player, Joaquin Niemann. That season, Neimann was the number one ranked amateur in the world for 44 consecutive weeks before going on to win the LAAC as one of the tournament's favorites. His victory in the LAAC and the Masters tournament, served as a great springboard into his golfing career -- he turned professional for the 2019 golf season, playing in 25 events, finishing with 6 - top 25 finishes, accumulating his first million dollar season ( $USD ). The Caribbean and Pete Dye's "Best Course"

The LAAC is traditionally hosted on some of the best courses in all of Latin America, and in 2019 it was played on the beautiful "Teeth of the Dog" course designed by the renowned golf course architect, Pete Dye. Opening in 1971, this course has regularly featured as one of the top golf courses not only in all of Latin America, but in the world. It has consistently been considered the best course in the Caribbean and top 27 in the world year after year.

The course was meticulously carved on the coral shores of the Dominican Republic, within the Casa de Campo complex. It offers stunning views of the Caribbean Sea and with 7 - seven holes alongside the ocean, is one of the most stunning oceanside golf courses along with Pebble Beach in the Monterey Peninsula.

In fact in a 2016 interview with Golf Channel's Matt Ginella, Pete Dye called this course his best design which includes famous courses such as TPC - Sawgrass ( home of the PGA's Player's Championship ), Harbour Town Golf Links ( home of the RBC Heritage Classic ), Whistling Straits in Kohler, Wisconsin ( the host of the 2004, 2010 and 2015 PGA Championships ), and The Ocean Course at Kiawah Island Resort, South Carolina ( host of the 2012 PGA Championship won by Rory McIlroy ).

Casa de Campo was named the number-one golf resort in the world by the International Association of Golf Tour Operators ( IAGTO ) for its collection of golf courses, professional facilities and commitment to service and exceeding guest expectations.

Lining up a putt during the 2016 LAAC

In addition to this course, the resort has two more courses, the 27-hole Dye Fore around the Chavón River canyons and the Links that cross the inner part of the resort. For $ 349 per person you can enjoy the three courses at will with breakfast included in the hotel's restaurant. The question is — Can you play all three in a single day?

Casa de campo is a large community closed to the public with 28 square kilometers (10.8 square miles) and more than 1700 private villages. It has a marina area where the rich and famous anchor their yachts and can enjoy gastronomic delights in more than 70 local restaurants. The beaches have impeccable towel service, a bar and restaurant with sun loungers at no extra cost, very clean bathrooms and a swimming pool for adults and children.

I visited Minitas beach where I enjoyed a delicious morning on the beach with a drink ( a "catch me if you can" ) and a good book. The beach is quiet, without wave and with crystal clear waters and coral to peacefully explore with just a snorkeling mask. What I enjoyed most was the tranquility of the place, not even a single street vendor passed by offering me trinkets or food; it was as peaceful as it comes. Afterwards, I lunched on a shrimp ceviche at the beach bar, enjoying the surroundings with a drink in hand and the perfect light lunch.

A Seaside Residence at Casa de Campo overlooking the Caribbean

How to get there:

Casa de Campo is not a very accessible area, so the best way to get there is from Punta Cana or Santo Domingo airport, rent a car and drive just under 1 hour to the complex. Having a car on the island is almost mandatory because Casa de Campo is very large and although some rooms at the resort provide guests with private golf carts, if you are in a more economical villa or a vacation home rental, it is very important to be able to move around at will. A word of caution – taxis are expensive.

One of 7 holes that run alongside the Caribbean

Accommodation: Inside the accommodation options vary between the Casa de Campo Resort hotel itself where families can choose rooms and suites of various sizes and proximity to the beach or villas with one or more rooms for groups.

Hotel guests have exclusive access to the fitness area and the private pool, in addition to their private golf cart as it has already been operated, and believe me, a lot of people really use this means of transportation to go everywhere because gasoline is expensive and in high seasons parking may be scarce. Another option is to rent private homes and rooms through Airbnb. Pay attention to the location though because Casa de Campo complex is huge!

Where to eat: The island has numerous restaurants but during my stay I visited two that I really liked, one located in the historic and very picturesque area called Altos del Chavon. I went to Onno’s to recommend a place to try Tuesday Tacos and Margaritas and it didn’t disappoint! delicious and cheap. http://www.onnosbar.com

On a day where I wanted a more sophisticated dinner, I was recommended to try the SBG (without website). Facing the sea, it offers a sophisticated option in the marina area with delicious typical dishes and others more adapted to the American palate. It may be a "salty" price but, is definitely well worth the experience.

Our correspondent attended the 2019 edition of the Latin America Amateur Championship and not the 2016 edition as was initially reported.

Africa Madueño Alarcón is a regular contributing writer to "world of golf" and an accredited TPI specialist in Golf Fitness. As a resident of Brazil, she is our South American golf correspondent. All photos taken by Africa Alarcon. 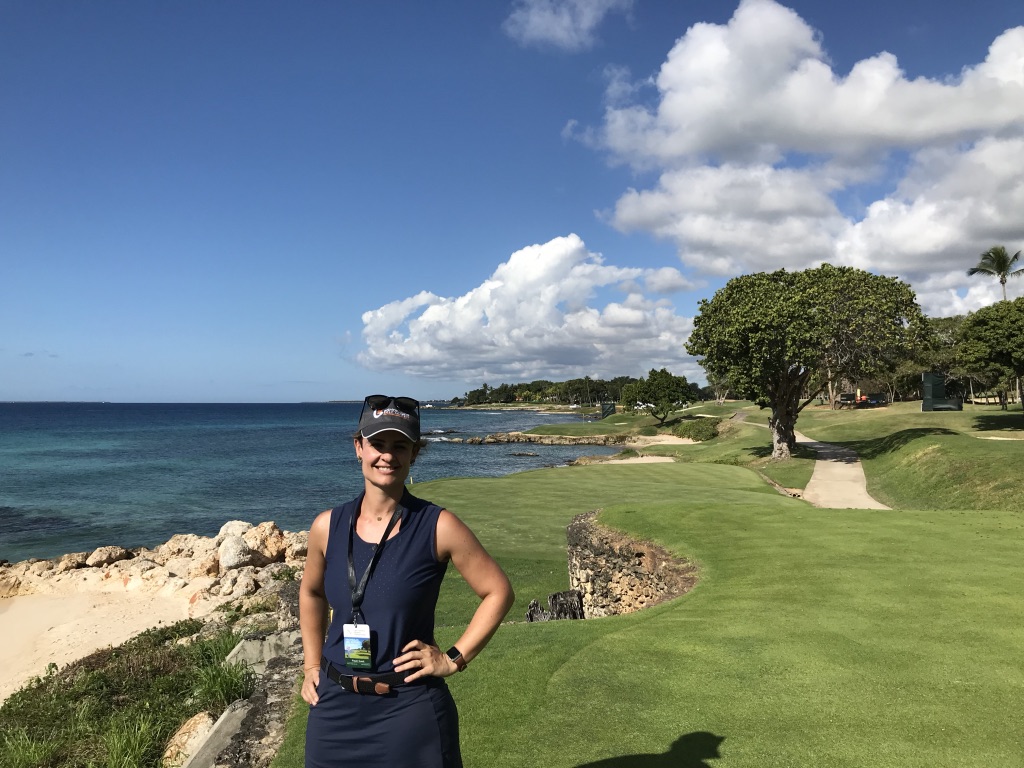 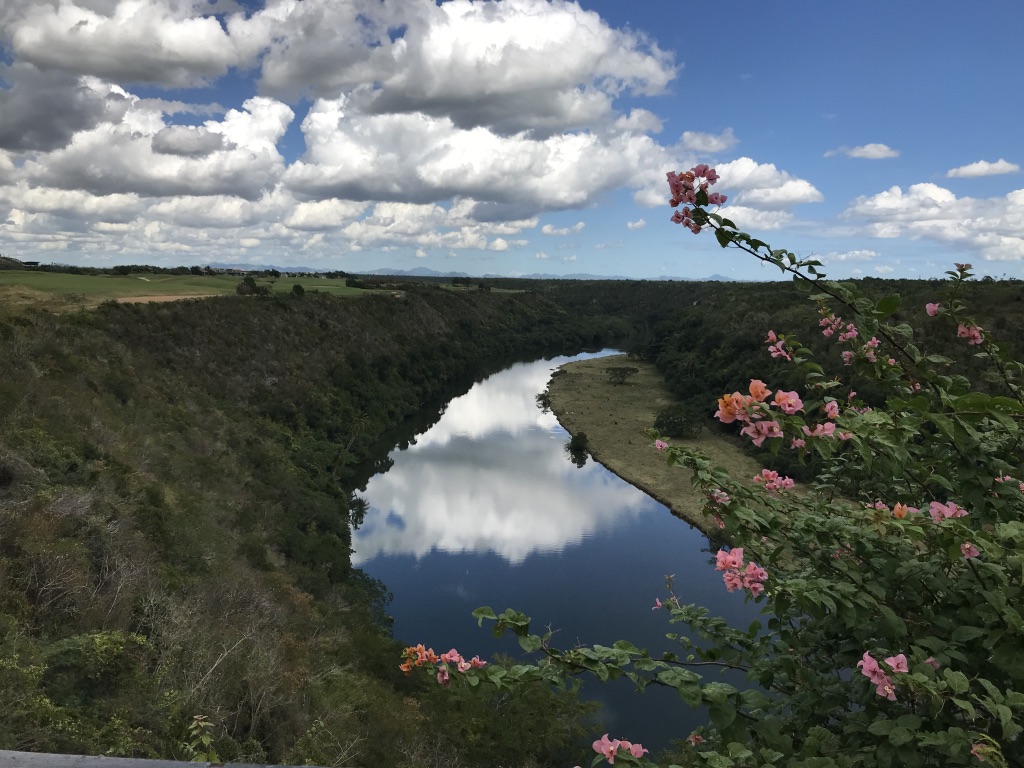 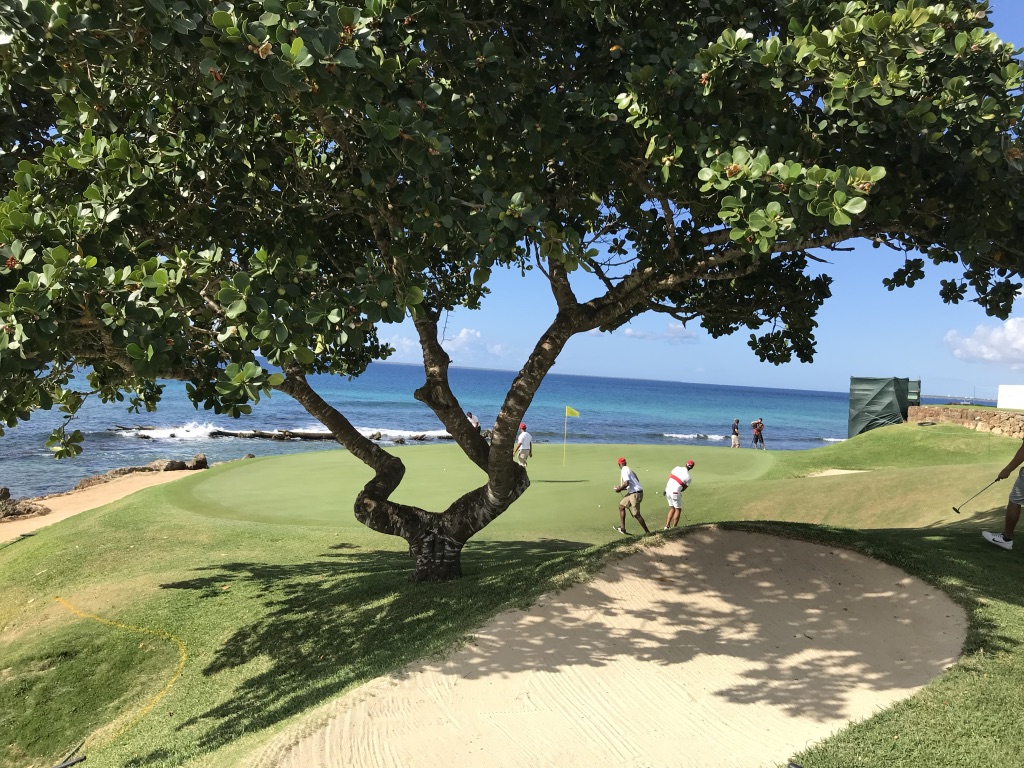 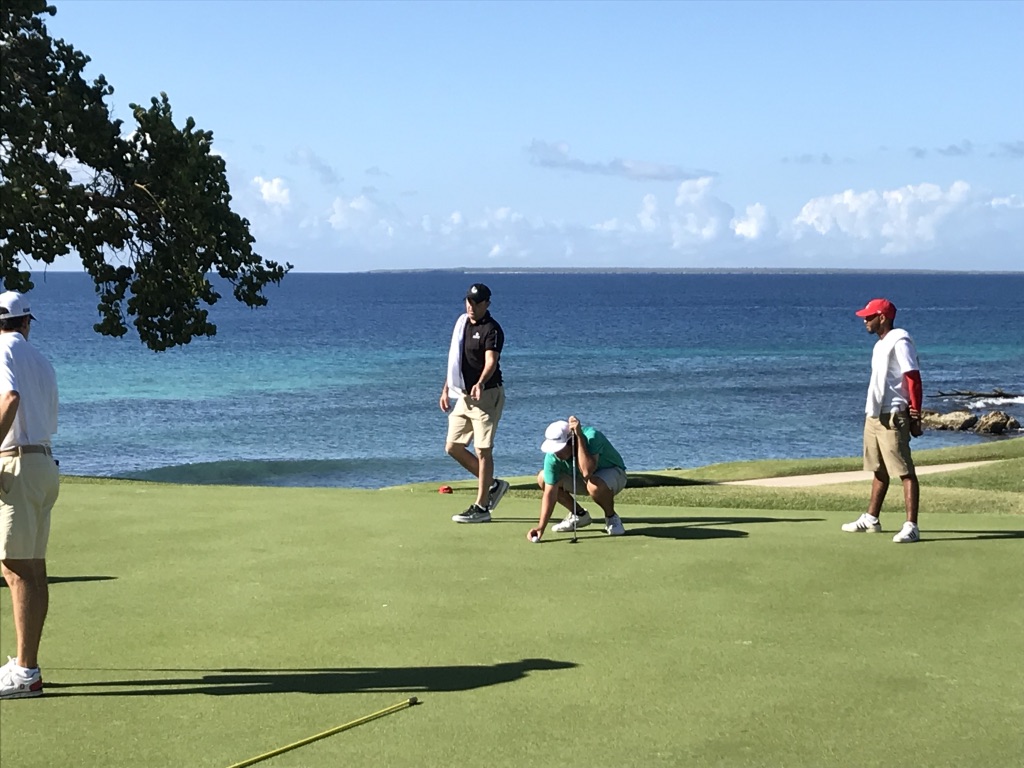 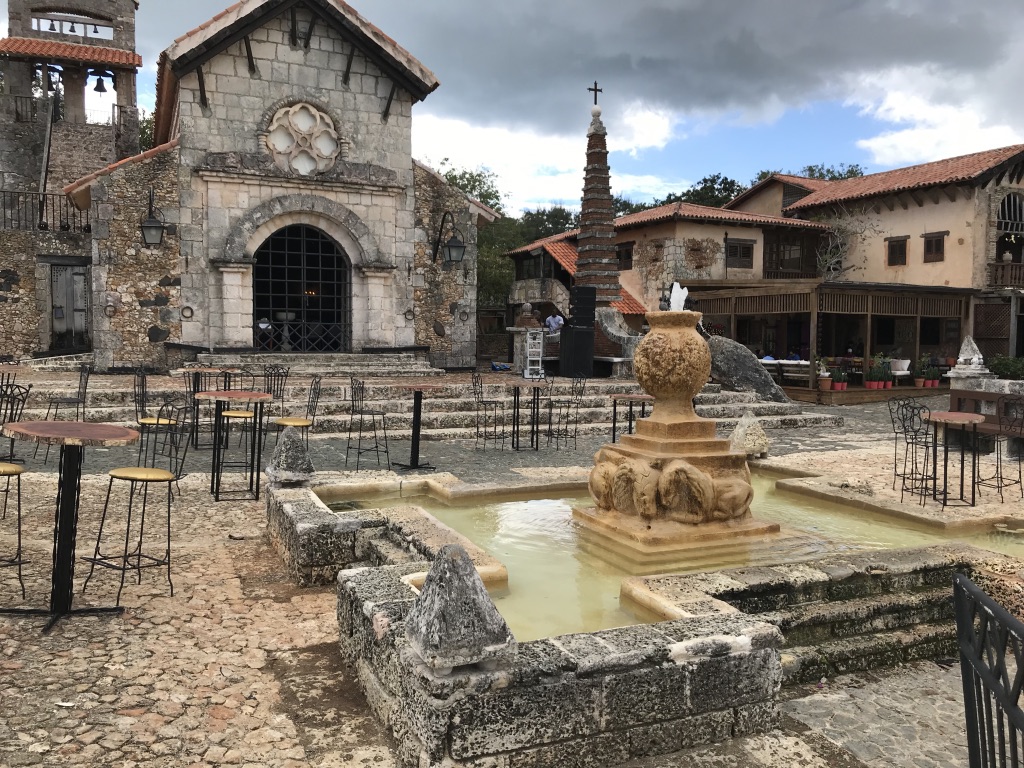 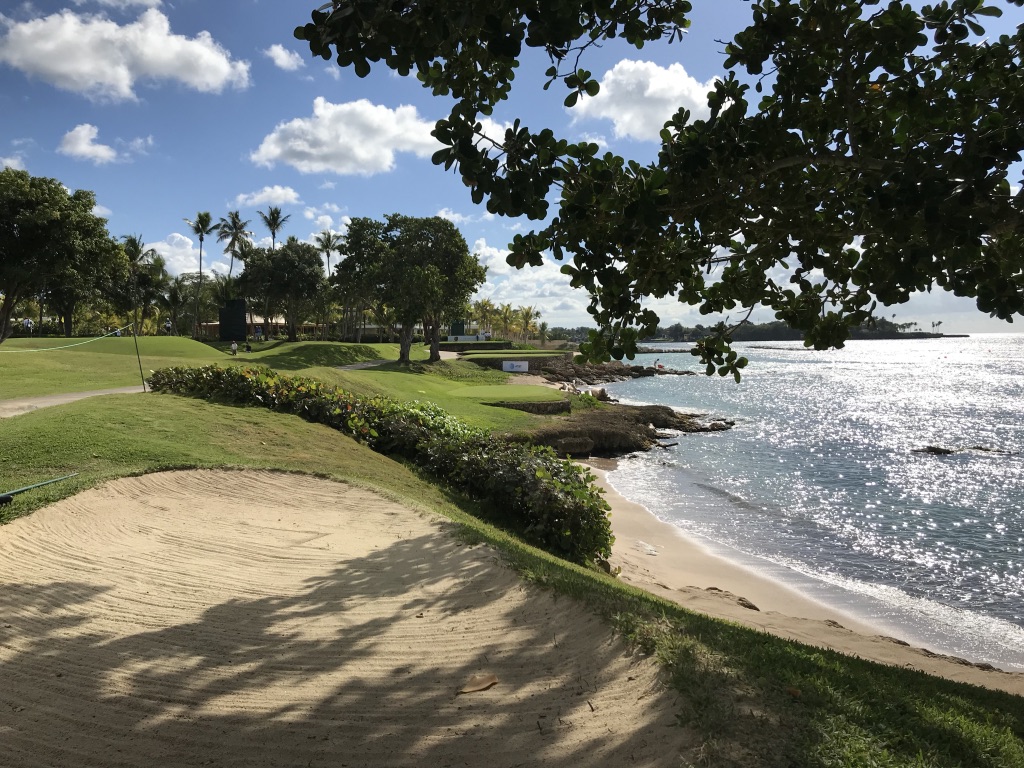 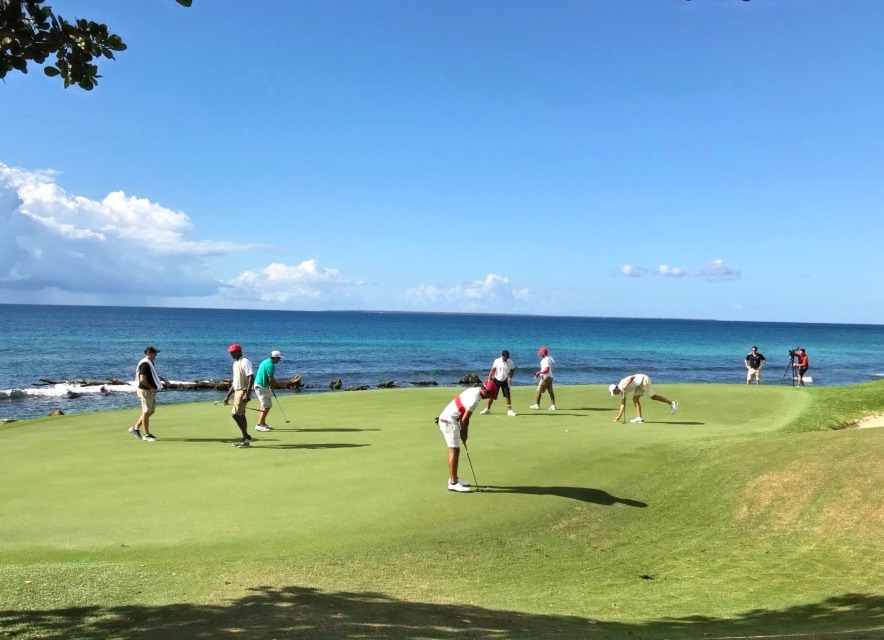