Lydia Ko – Back In the Public Eye Again

LPGA Player shares an incredibly heartfelt letter written to her 15-year old younger self, creates a special moment with a fan, replaces another coach and more criticism in some circles

She burst onto the professional golf scene in August 2012 as a 15 year old, diminutive amateur from New Zealand. In shooting a final round 67 ( -5 ) on a Sunday at the Vancouver Golf Club, Lydia Ko won the CN Canadian Women's Open by three strokes, announcing herself to women's golf in particular and golf in general.

Since that time, she has been in the public eye ever since. She has set numerous LPGA records for, in her words, being the first to do this or the youngest to do that. She turned 23 years of age in April of this year.

At 17 years of age, she became World No.1 in the Rolex Women's Rankings, making her the youngest ever ( of either gender ) to reach that lofty height.

Being in the public eye though, has not been without its share of controversy for Lydia Ko – most notably when she has changed coaches or her caddies.

Is it fair to subject a young person to such public scrutiny, especially when it turns very negative like it has on occasions over the past few years? Many young people would have wilted and withered under such scrutiny, but Ko seems to be made of sterner stuff. She appears to be an "old soul"– a description referring to someone wise beyond their years.

This was never more evident than it was when she penned a "Letter to her 15 year old self " as part of the LPGA's "Drive On" campaign in recognition of the founding women of professional golf.

"Your golf swing may come and go, but your family and friends, the people who care about you, will love you no matter what you shoot".

In addition to being part of the Drive On campaign, Ko also posted her letter on her Instagram account, sharing it with her many followers. Her letter demonstrated a poise and maturity far beyond that of many others, including some born a decade or more before her.

In her letter, she alludes to a few of these controversial and negative moments in her career, addressing it with aplomb. "Your golf swing may come and go, but your family and friends, the people who care about you, will love you no matter what you shoot".

There were criticisms levelled at her about wanting to tinker with her golf swing when she was already dominating women's golf, or about the revolving door of swing coaches and caddies that have entered and exited her life, and of course, criticisms that she had let her parents dictate her professional decisions to her own detriment.

Regarding the revolving door of coaches, one knowledgeable longtime writer of women's golf summed up the situation as "a dizzying list for a 24-year-old (sic) who once made everything look so effortless".

". . . you may be young, but you are your own person. The independent streak you feel will only grow as you mature. But independence comes with responsibility. The decisions you make are yours. Others will criticize you and will question those around you, assuming you are being manipulated or led. Those criticisms and accusations will wound you – knives thrown at those close to you always cut deeper than those you field yourself – but they also make you stronger and more appreciative of the people who stand by your side. Just as you are responsible for the shots you hit in competition and the scores you post on your card you are also responsible for the decisions you make that got you there. The advice of others is important. But the decisions are yours. Own them."

Few players in women's golf have been scrutinized over the past 5-6 years like Lydia Ko. The unceasing scrutiny coupled with unfair criticism has stung her on a personal level. Yet, in her "letter", she tackles the subject head on, placing the issues in question into a much needed context that many critics seem to have either forgotten or missed.

Lydia Ko's brilliance and unprecedented success on the golf course at such a young age has undoubtedly fostered expectations beyond measure. Perhaps it is because of her early brilliance and success that many critics and followers have come to expect too much of Lydia. After all, there are very few players that have played with a brilliance like Lydia has and still be able to sustain that high level of play for longer periods of time. Tiger, Jack and Ben Hogan are the only names that come to mind in the men's game, whereas only Annika, Lorena and Inbee have achieved that in recent times on the women's side.

Lydia Ko -- One of the most admired players on the LPGA. Photo courtesy of LPGA.com

When she ascended to the position of the top ranked golfer in women's golf, it seemed that the world was in Lydia's hands; that she, being the teen aged prodigy, would ascend to even greater heights.

But, alas, golf, like nearly every one of humankind's endeavours, has become a case of "what have you done lately" — a case of short term memories and thinking overlooking the fact that Lydia was not even old enough to drive a car when she won her first LPGA event. She still hadn't a driver's licence by the time she turned professional.

At an age when our daughters are worried about braces, school clothes or what the latest trend on Instagram is, Lydia Ko was winning professional golf tournaments against the best players in the world.

Teen aged prodigies in other sports such as tennis have often struggled to meet the high expectations placed on them when they achieved some success at young ages, some lapsing into troubled periods lasting a few years or more. The television and film industry has seen more than its share of child stars that have struggled with the fame and expectations that came with their celebrity.

In golf, with players like Lydia, Lexi and Brooke, we have not had that same problem; that is a credit to the sport and the individuals themselves. Golf is fortunate in that respect.

So, is it fair to critique Lydia and her decisions regarding the revolving door of swing coaches and caddies? Of course it is. Any professional athlete must understand that success brings with it scrutiny along with adulation and a certain amount of fame and celebrity. But, it is also natural for a person, having reached a pinnacle or plateau of personal achievement to cast their eyes further adrift in search of new challenges. For many golfers, let alone professionals, once they have achieved a personal goal, they look for more.

As Sidney James, managing editor of Sports Illustrated, wrote in the foreword to Ben Hogan's Five Lessons : "a golfer may pretend that mediocrity is enough ... 'I shoot in the 90s and I have a lot of fun. That is good enough for me.' This golfer is telling a white lie and knows it. That golfer wants to desperately break 90 and when they do, they will want just as desperately to break 80. Let them shoot in the high seventies and they will have but one dream: par or better."

It is ingrained in the modern human condition to want to improve and strive further. And, it is for that reason alone that we should not find fault with Lydia.

Having reached the pinnacle of her sport as the number one ranked player in women's golf, it is only natural for her to seek to improve so that she can maintain and extend that lofty position. She knows that she set a new bar in becoming number one and that she was now the player that all of the others were targeting.

Golf is a sport and game that focuses on the individual. It is not a contest competing directly against another opponent; in golf, your opponent is both you and the golf course. It is a solitary journey, for when you stand on the first tee of the tournament, no one else feels the "jitters and butterflies" of nervous anxiety. No one can hit your shot for you. There is no where to hide. No sport can be as harsh as golf, yet as rewarding.

With the news circulating that Lydia made yet another change in her coaching staff, we would do well to remember that whether we agree or disagree, it is an individual sport and the current journey of exploration, metaphorical or other, is Lydia's to make and her's alone.

Critiques of her decision as a professional player are legitimate. But, when public criticisms are aimed specifically at her parents or family members, they miss the mark. Like any other daughter, she may have sought the counsel of those close to her, but at the end of the day, it is Lydia that makes the decision. It is far too easy and convenient to make the statement that parents are meddling or getting in the way.

When one observes Lydia through her on course demeanour, her interaction with fans, other players and in interviews, it is not hard to come to the realization that this young lady has been thrust into the limelight by virtue of her golfing exploits and yet, she is unwavering in accepting the responsibility of being a role model and more. Look no further to the example of 14-year-old Claire Hollingsworth.

In an online interview, discussing her written submission as one of 18 winners in the 2020 “Diamond Resorts Drives On for the Future” essay contest, she was surprised by Lydia Ko, her favourite player. It later emerged that Ko sent her young fan a signed pair of Ecco golf shoes, writing “Dear Claire, just continue to be your AWESOME self! You’re an absolute SUPERSTAR and perfect just the way you are.”

Such actions are a testament to Lydia's commitment to the sport and being a role model for others. It seems not that long ago that she was a precocious 15 year old, bespectacled teenager from New Zealand winning the Canadian Women's Open. She tells of the calm and reassuring words from her playing partner and former world number one, Stacy Lewis, as she strode up the 18th fairway that day.

Now, she has embraced the role of being a leader on the LPGA tour, blazing her own path through professional golf and life itself. In many ways, even at 23 years of age, Lydia Ko has earned the right to make her decisions and choose her path in golf. There will also be a day in the not too distant future when another young player comes onto the LPGA and when asked, she tells the world that Lydia Ko was her inspiration.

Gallery of photos used in this story: 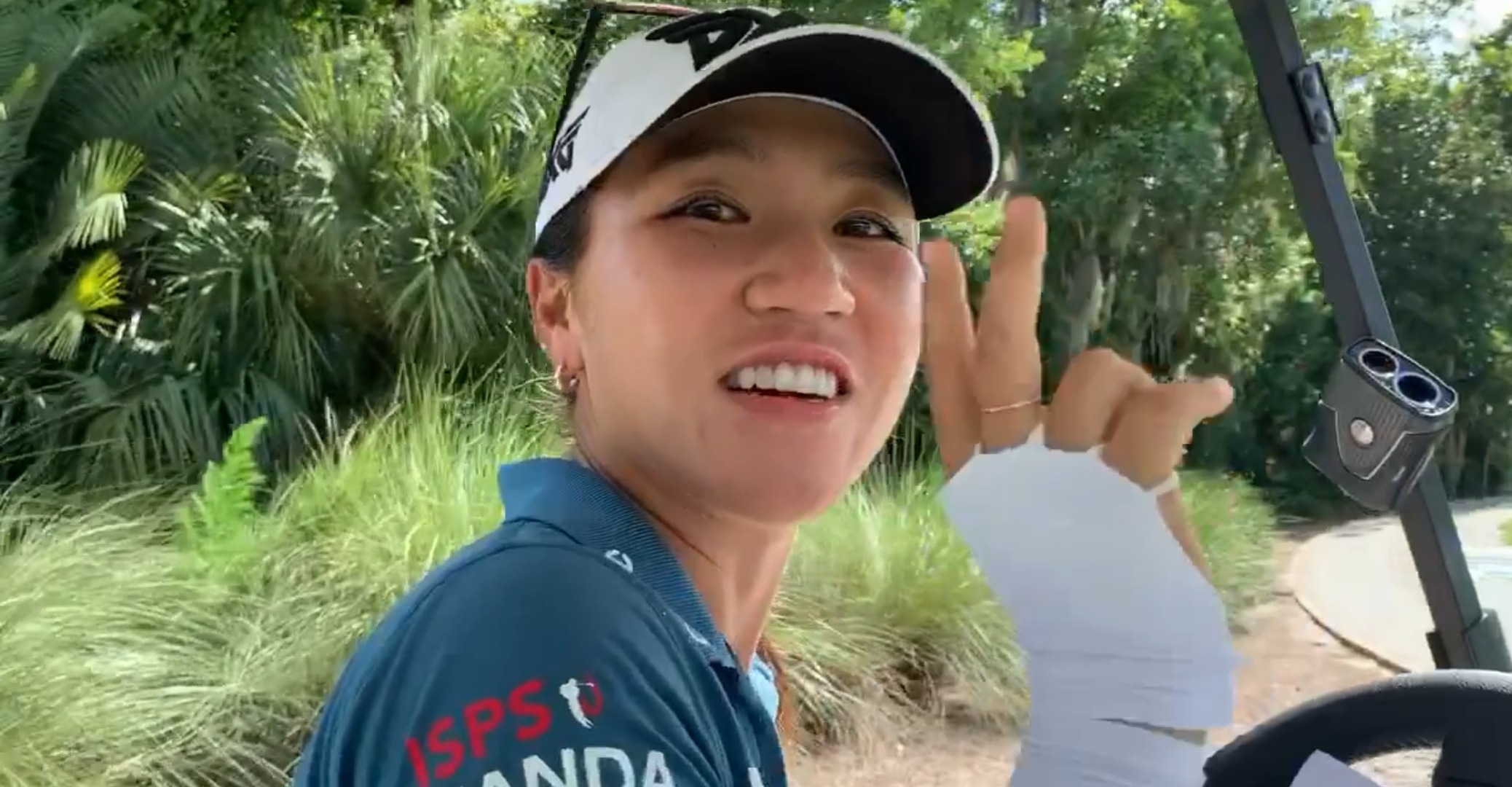 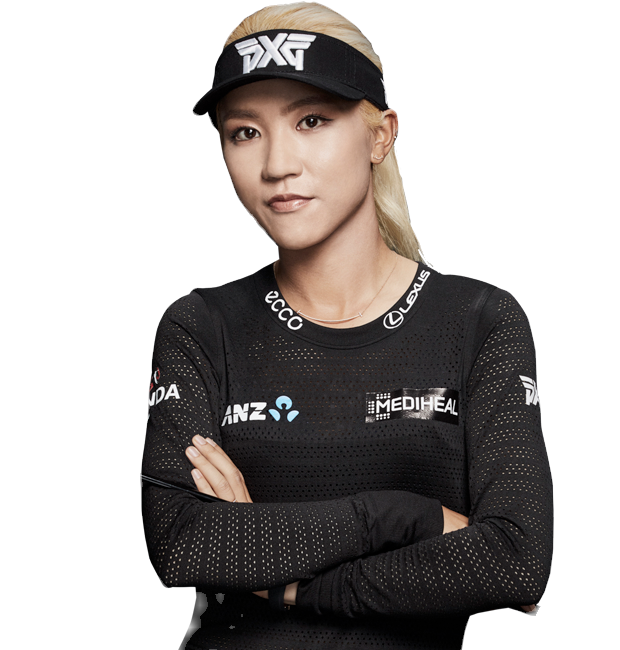 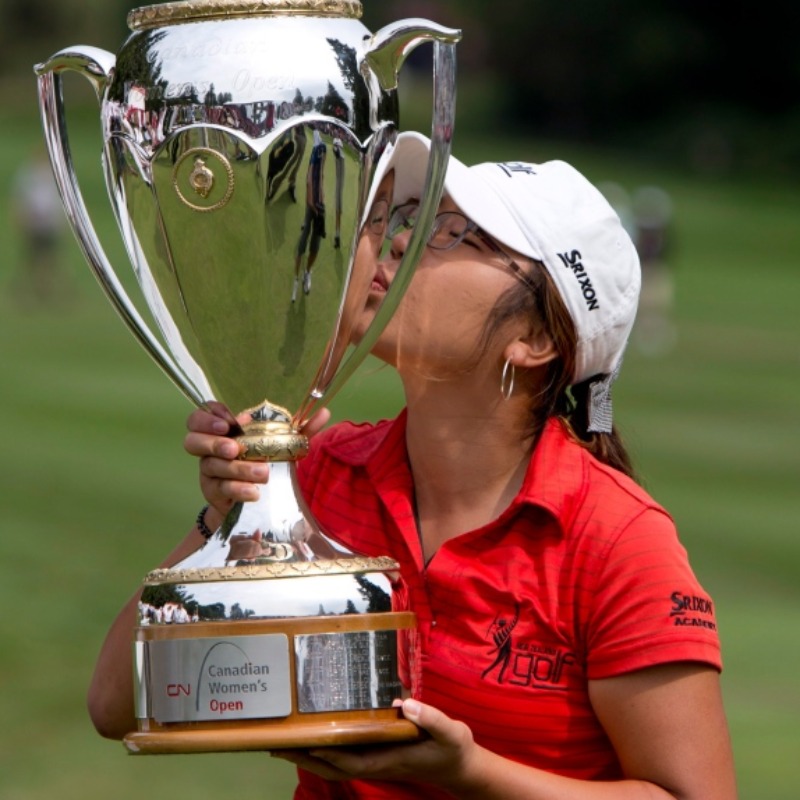 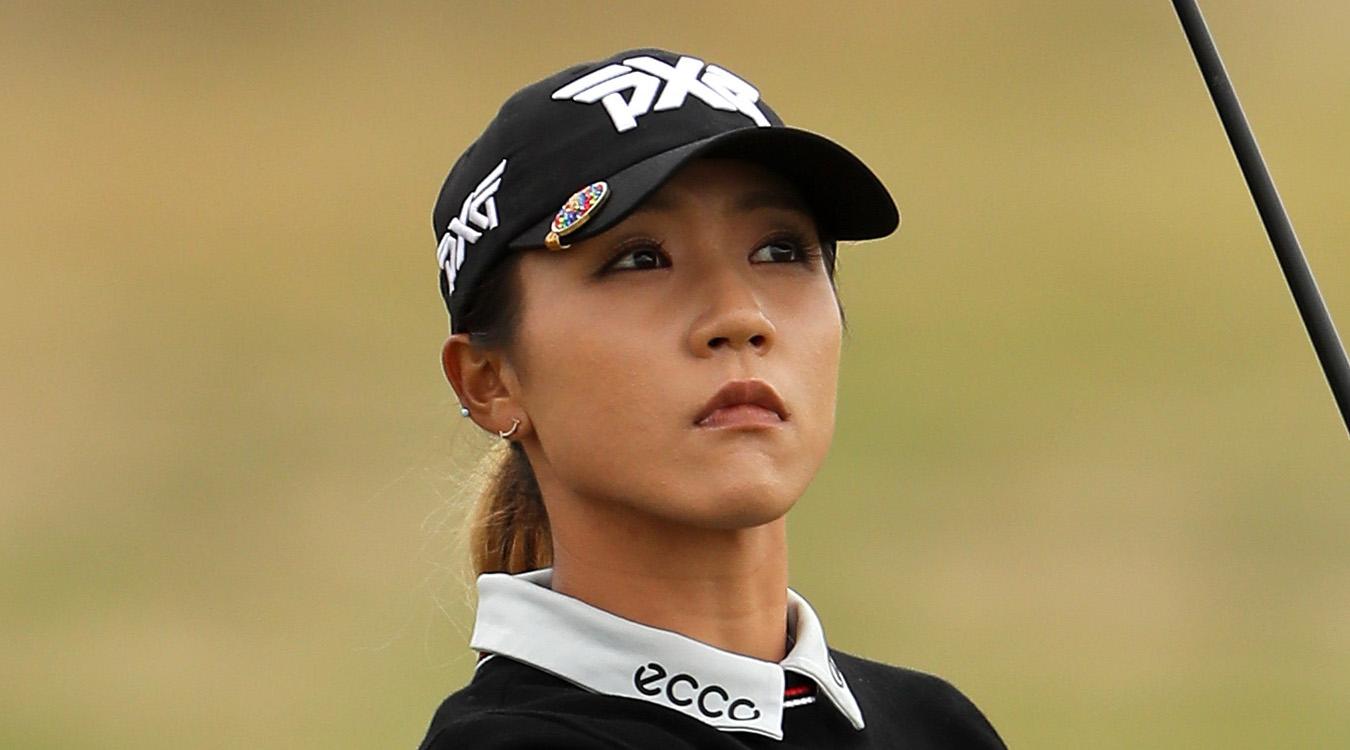 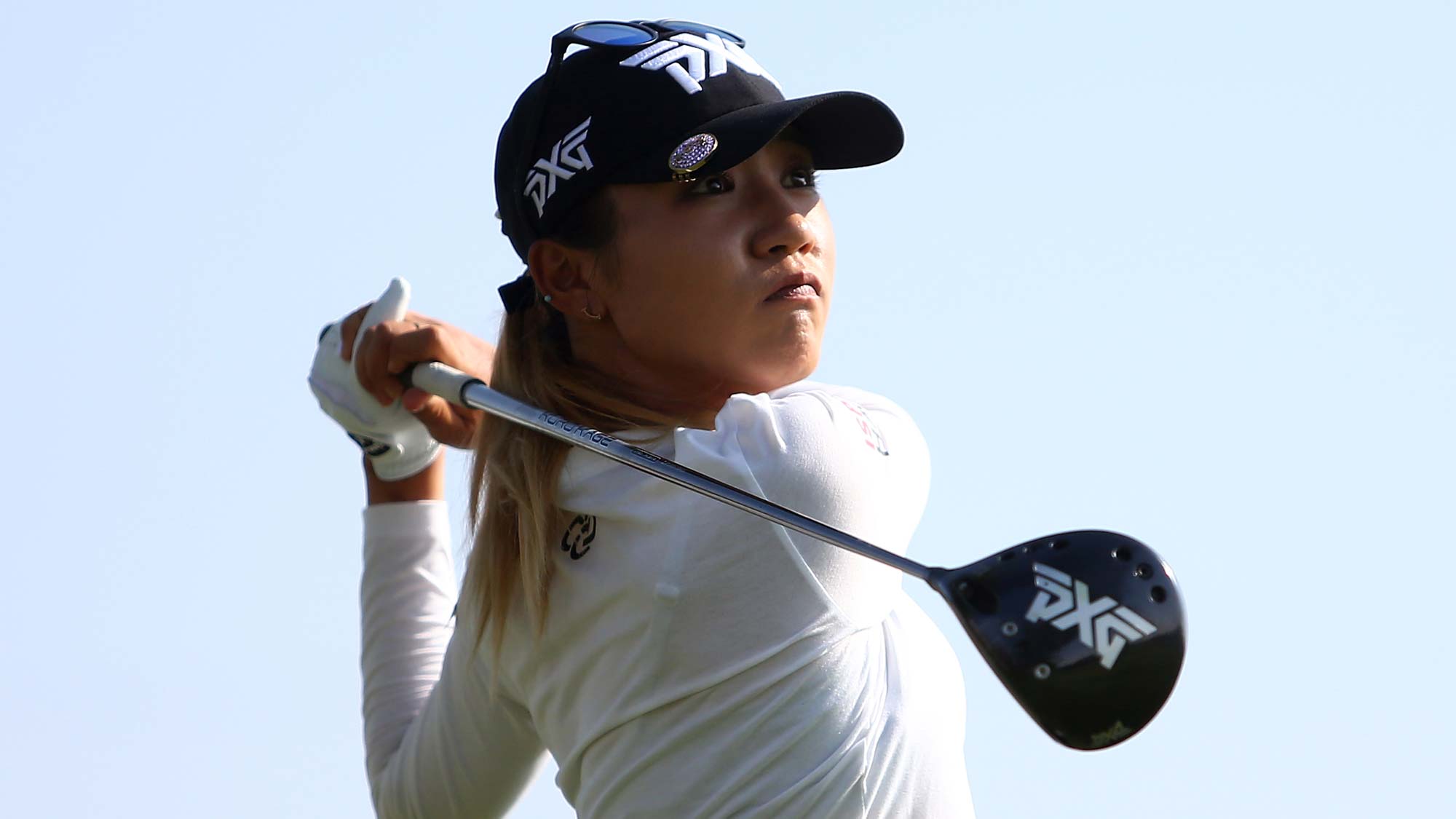 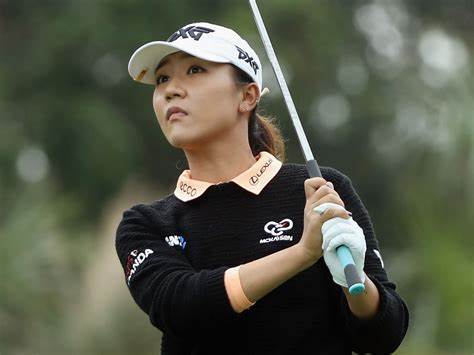 FAIR USE is claimed as this story may contain copyrighted material the use of which has not always been specifically authorized by the copyright owner for the purposes of criticism, comment, news reporting and scholarship & education. We attempt to provide photo credits where possible. If there is a photo credit missing or incorrect, please contact us HERE.

To see our Fair Use Statement, please Click Here.