The Third major in the LPGA’s 2020 season gets underway this week, offering players another shot at glory

This post was updated (2020.10.06) to correct punctuation and a grammatical error

While this major championship in women’s professional golf is usually conducted in the height of spring-summer, this year’s edition finds itself playing in October instead, as the adversity that is 2020 has forced yet, another change. While the KPMG Women’s PGA finds itself third this season, one thing remaining constant is that this major event is usually hotly contested, often coming down to the wire with Sunday charges and final round battles between players to determine who will emerge victoriously.

Prior to this year, two of the four previous editions of the championship have gone into a playoff as 72 holes of competitive tournament golf simply was not enough to identify the best player. 2018 saw South Korean Sung Hyun Park emerge the winner after a two – hole playoff with Japan’s Nasa Hataoka and fellow South Korean, So Yeon Ryu, as Park birdied both holes to win by a stroke over Hataoka.

At Sahalee Country Club in 2016, two former teenaged phenoms, Canada’s Brooke Henderson and then World No. 1 Lydia Ko of New Zealand, battled down the last nine on Sunday’s final round. Henderson’s final round 65 (-6) tied her with Ko’s 67 (-4) to put them into a playoff. Henderson’s second shot on the first playoff hole landed on the green, coming to rest approximately 3 feet (0.9 meters), while Ko’s approach shot left her with a much longer putt. After Ko two putted for par, Henderson sank her putt in one stroke to win the KPMG Women’s PGA Championship.

With a pedigree like this, we expect the 2020 edition to provide a similarly exciting finish.

The defending champion, Hannah Green of Australia, is coming off of a 66th place finish (Tied – 66th) at the Shoprite Classic, Green’s play of late has been somewhat unspectacular as her best finish since returning from the Covid19 suspension was a T12 at the shortened Cambia Portland Classic. At last month’s major championship (the ANA Inspirational), Green finished Tied for 62nd spot.

She won twice in 2019, and in doing so has learned how to compete and win against the best women in the world. She will need to draw on those experiences as she competes this week. Aronimink is a much longer golf course than the Shoprite Classic so her driving will need to be in top form to give her a chance to play her approach shots with more lofted clubs. If she can manage that and get her approach shots closer to the pin, she could find herself in contention come Sunday.

Currently the highest ranked American in the world in the number two spot, Korda is one of the “in form” players. Coming off of a final round 66 at the Shoprite Classic, and a sole 5th place finish, Korda’s driving of the golf ball has been steady, long and fairly accurate. That will be a big plus heading into Aronimink as the course measures out at 6,577 yards (6,014 meters). Her length off of the tee enables Korda to use more lofted clubs for many of her approach shots and it has paid off for her as she currently sits 9th overall in “Greens in Regulation” (GIR ) while her putting has been very good too, averaging 1.72 putts per GIR.

The 22-year-old from Florida has also come off of last months ANA Inspiration having finished tied for second with Brooke Henderson, after losing in a playoff to surprise winner Mirim Lee. Korda is playing top level golf right now and her final round “battle” with Brooke Henderson at the ANA Inspiration was a scenario that most in the golf world were excited about. Korda, along with Sei Young Kim and Minjee Lee, is one of the best players in the world to not have won a major yet, so she is motivated to do well. Another potential final round battle with Henderson at Aronimink will have much of the golf world salivating at the prospect.

The other half of the Sunday duel at the ANA Inspiration, Brooke Henderson has also been playing very well. She placed in a T6 at the Shoprite Classic after catapulting herself into contention on Saturday with a 65 (-6), but on her final round she could only muster a -1 (70).

Henderson is a past Champion at the KPMG Women’s PGA Championship as noted at the outset.

She has a good driving game with considerable length off of the tee and couple with her strong iron play, she has been a veritable “birdie machine” these past few years on the LPGA. This season, she currently sits first overall in hitting the greens in regulation ( 78.57%) and her scoring average of 69.38 is the second lowest in the LPGA. If there is any perceived weakness in Henderson’s game, it comes on the greens with her putting. While she makes more birdies than most players, her putting average is in the middle of the field. Given Brooke’s “go big or go home” kind of play, we expect that she will be in the middle of the action come Sunday, and if her putter “warms up” she is very capable of walking away with the win on Sunday.

This South Korean player is not quite as well known as some of her compatriots, but she is a player capable of winning her share of tournaments. A somewhat “streaky” player, Kim has two seasons where she won three times, first managing it in her rookie year of 2015 and then most recently last season (2019), but the term streaky is a bit misleading in that she has won four more times giving her 10 career LPGA wins. That’s two more wins than that of Sung Hyun Park another imperious player from South Korea.

Kim plays a game similar to Henderson, both are long off of the tee and good drivers of the golf ball; they have strong iron play and can hit the greens in regulation more than most players with Kim second only to Henderson in 2020. Where Henderson is second in scoring average this season, Kim is first. Like Henderson, Kim’s “weakness” tends to be her putting and when she starts converting her putts, she becomes an automatic contender. Like Korda, Sei Young Kim is one of the best players in the world to not have won a major and like Korda, we expect that streak to come to end soon. The question is, will this be her week?

After a somewhat slow start to the 2020 season (at least by Thompson’s standards), Lexi’s play has started to heat up. She finished 4th at the ANA Inspiration, and she is coming off of a T13 finish at the Shoprite Classic. A perennial top 10 player in the Rolex World Rankings, Thompson has slipped down a few rungs, now ranked 10th in the world. She has a major victory to her credit, having won the ANA Inspiration in 2014. Her best finish in recent years has been a 2nd at last year’s US Women’s Open.

Thompson is another prodigious driver of the golf ball, and she pairs it with a strong iron game that gives her many looks at birdie opportunities. Her putting too, has often been an area of her game that has been not as strong. The past couple of events though have seen Thompson’s putter warm up as she has completed both tournaments, the ANA Inspiration and the Shoprite Classic with a putting average of 28.375 which should put her into contention on Sunday. If she can stay in control of her game, she should be a force to contend with on Sunday.

After considering the field, our list of "who to watch" players, and recent play, we would consider Nelly Korda as the favourite to win, ending her winless streak in major championships. She is just playing too well at the moment and her playoff loss at the ANA Inspiration will have been an important lesson in both course management and contending on a Sunday while keeping her nerves in check.

In reviewing the remainder of the field, there are some outside contenders that bear mention and consideration. They are:

Minjee Lee (Australia) who has had a typical Minjee year of being in contention nearly every week and should she elevate her game a little more, she could easily be in contention on Sunday to the point that we would not be surprised if she stood on the podium come Sunday.

Danielle Kang (United States) did not play this past week at the Shoprite, taking the time off to prepare for the KPMG PGA event. She too has been a solid player this year, having won back to back events earlier in the summer. She too is a past champion of the KPMG Women’s PGA Championship (2017), bringing a mental strength to her game resulting in her being a confident opponent when contending. That confidence can be intimidating to other players giving Kang a leg up on the competition.

Georgia Hall (England) won earlier this year at the Cambia Portland Classic, giving her a first LPGA victory in the United States. This past AIG Women’s Open champion has the experience to grind out pars and make birdies when she needs to. She won her Open Championship at Royal Lytham & St. Annes in England, a course not too dissimilar to the set up at this week’s event at Aronimink. It will be a set up that Hall can feel confident about and her steady play should be a bonus for her.

Jennifer Kupcho (United States) is a bit of a surprise for this list, but she has been playing well during the last little stretch, playing exceptionally well at the Shoprite event, where she finished 2nd after carding four sub-70 rounds. Kupcho is also a good driver of the golf ball, currently ranking ninth on the LPGA in driving distance. At the Shoprite, her putting was exceptional, as she averaged 26 putts per round this past week. If she can keep stroking her putts well, she should enjoy the bent grass greens at Aronimink which tend to roll truer and more consistently than most other types of grasses.

Sung Hyun Park (South Korea), we would be remiss if we didn’t include the 2018 champion on the list of outside contenders. Her play this year as been substandard by her lofty standards, but Namdala, a moniker that she encourages among her fans, has seen her play improve considerably in the last few events. She too, is prodigious in her length off of the tee, giving her an opportunity to score well with her shorter irons. If she can raise her level of play a notch or two, then she can be a serious contender to win.

The KPMG Women’s PGA Championship kicks off formal tournament play on Thursday morning. Tee times and groups have not yet been posted at the time of writing. Regardless, we expect this event to provide more of the same from year’s previous – lots of spectacular shot making, Sunday challenges, and perhaps another playoff finish to a major championship.

Gallery of other contenders: 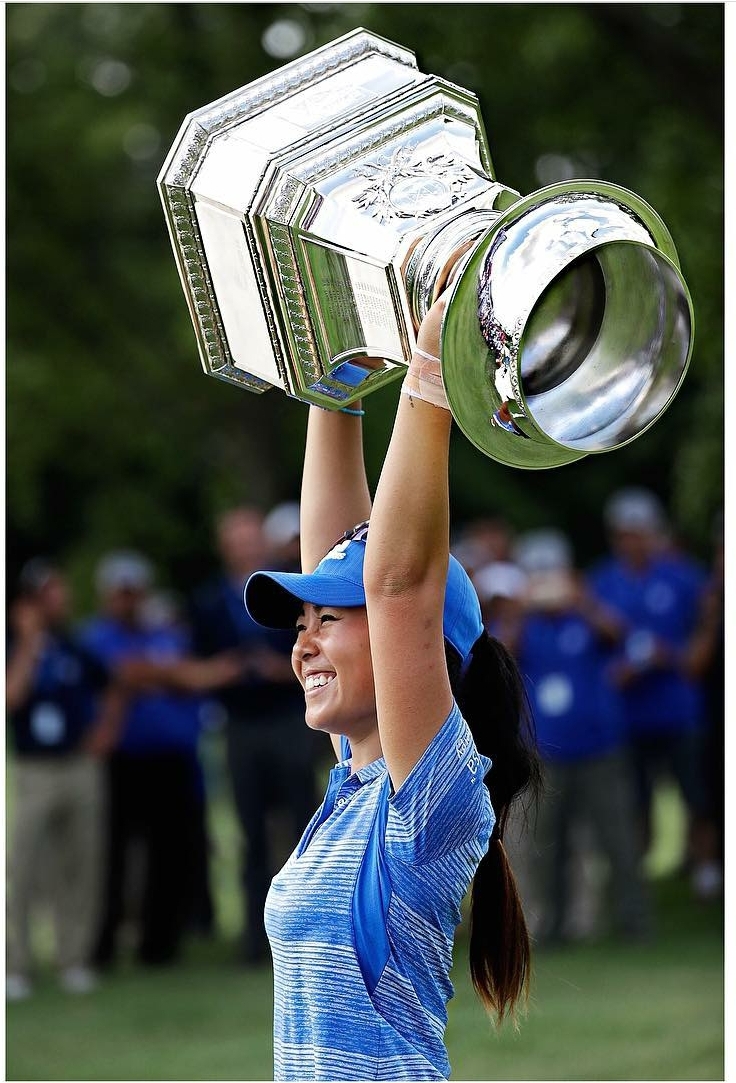 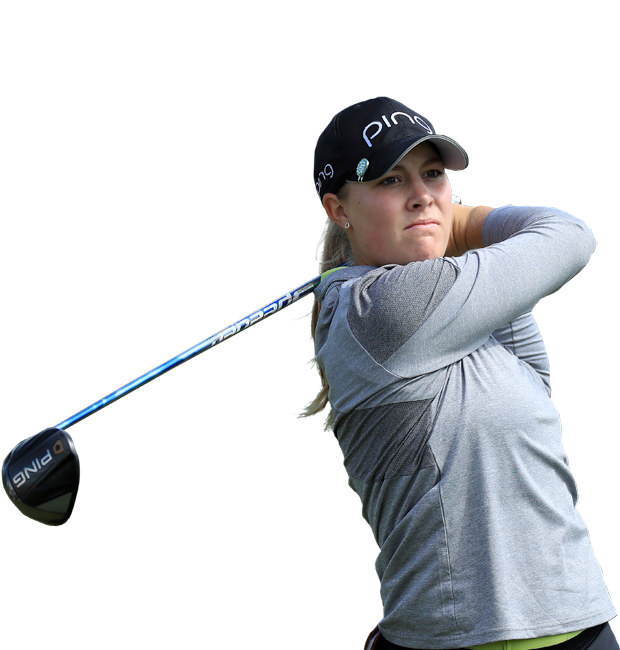 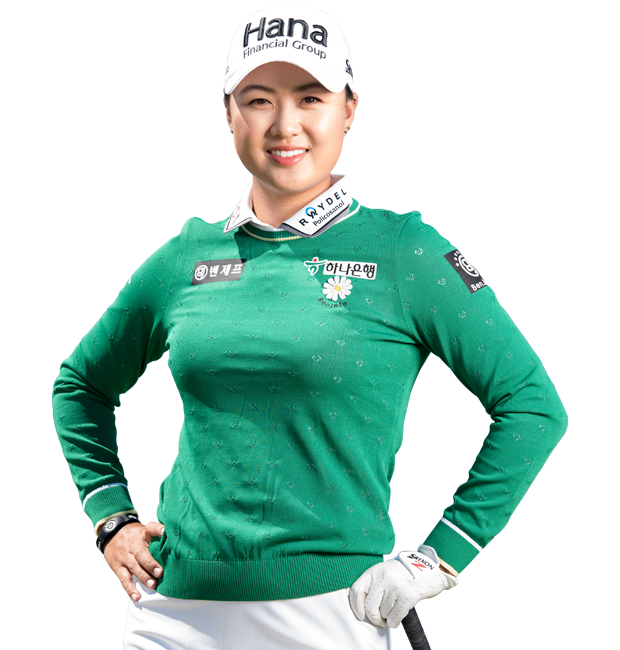 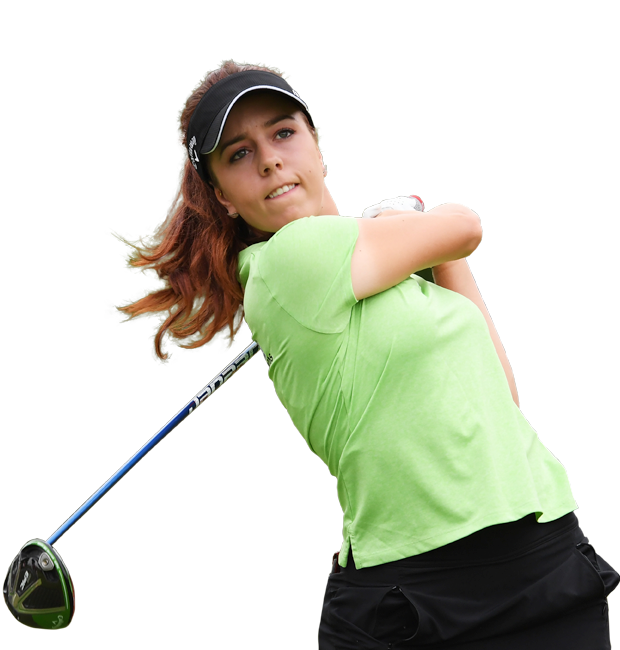